Opening your garage to a sporty Japanese legend is an easy choice, but when it involves comparing the Toyota GR Supra Vs. Honda Civic Type R, it gets a little trickier. Both are iconic high-performance names with decades of history. However, if your decision hinges on genuine daily-driving benefits, faster lap times, more standard power, and easier access to the gear-rowing satisfaction you crave, the Type R leaves the GR Supra behind.

See how we line up the 2023 Toyota GR Supra and Honda Civic Type R for a head-to-head showdown.

On paper, the Supra vs. Type R specs make both look fine and dandy, but a lot more makes a car fast. If you're a racing enthusiast, you know where fast-paced performance legends are made: Germany's Nürburgring Nordschleife racetrack, or as Formula One icon Jackie Stewart dubbed it, The Green Hell.

The new 2023 Honda Civic Type R has yet to be whipped down this iconically challenging track, but the previous generation set an FWD lap record in 2017, using its 2.0-liter turbocharged four-cylinder engine to blast through the Nürburgring Nordschleife in 7 minutes and 43.80 seconds.1 With the Honda Civic Type R 2023 specs bringing more power, a more agile chassis, and a new FWD lap record at Suzuka Circuit, we expect it to set an even faster pace.

We're comparing the Toyota GR Supra vs. Honda Civic Type R, so how fast does a Supra go round the famous 'ring? Its last timed run was in 2020, and during that mad dash, the Toyota GR Supra harnessed its 3.0-liter turbocharged inline-six engine to finish a lap of the Nürburgring Nordschleife in 7 minutes and 52.17 seconds.2

That base Supra has less power, too. Every 2023 Honda Civic Type R provides 315 horsepower from a standard 2.0-liter turbocharged four-cylinder engine and pairs with a six-speed manual transmission.

As we mentioned, the inline-six-powered Supra is the fastest in the lineup. Specifically, the GR Supra offers a 3.0-liter turbocharged inline-six engine with 382 horsepower, but you have to choose the priciest, highest-trim model to get a six-speed manual transmission.

Every 2023 Honda Civic Type R delivers an EPA-estimated 22/28 MPG (city/highway).3 And keep in mind, that's with a manual transmission. 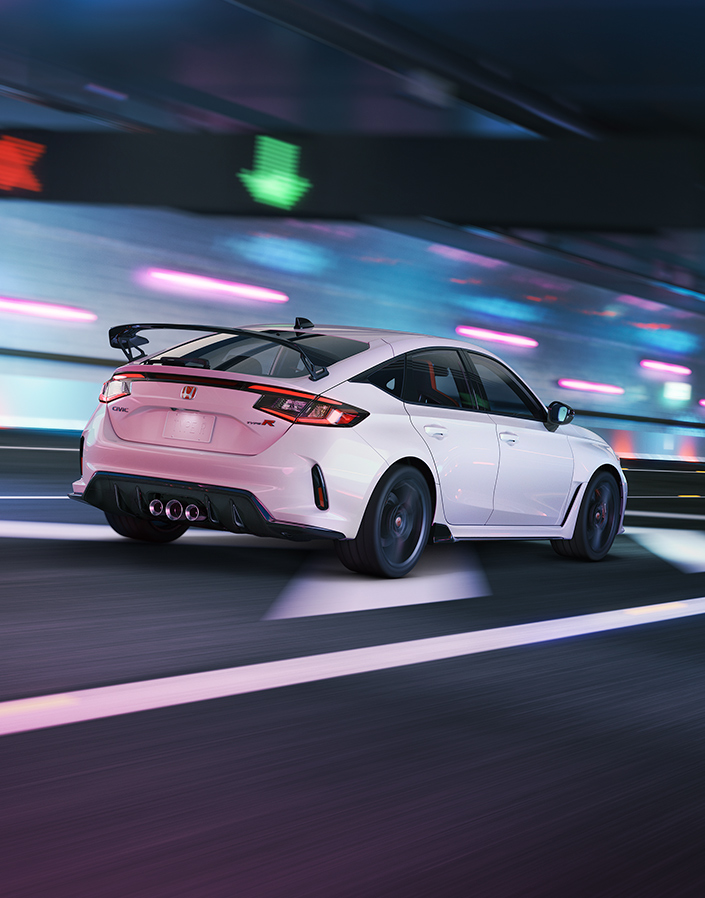 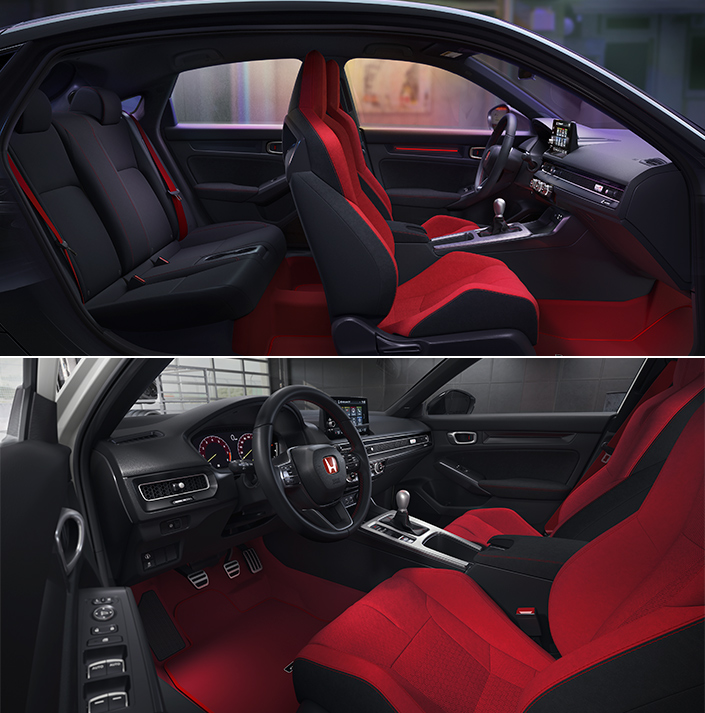 The Type R is special; its performance lives together with the interior space the sedans in our new Honda Civic inventory offer. A Supra is a two-door sports car and offers a lot less room.

One way to choose between the Toyota GR Supra and Honda Civic Type R is to ask yourself whether you want to compromise daily drivability to get the performance you crave. If you'd rather not make that compromise, the Civic Type R easily takes first place.


Toyota Supra vs. Honda Civic Type R: Find Your Honda With Us

Whether the Type R, a "normal" Honda Civic, 2023 hybrid Honda vehicles, or even a used sports car from another brand is what you're looking for, our Honda dealership has you covered today. Learn more with our Honda Civic comprehensive review and swing by Muller Honda of Highland Park for a test drive.

Is the Civic Type R faster than the Supra?

If you’re deciding between these popular Japanese performance cars for sale, performance is definitely a deciding factor in the Toyota GR Supra vs. Honda Civic Type R showdown. The Type R delivers 315 horsepower while a base-trim Supra has 255 horsepower, and with a lower starting price, the Type R will be faster to get into your driveway, too.

Is the Toyota GR Supra fast?

The new 2023 Civic Type R is designed to obliterate high-performance compromise, and exceptional fuel efficiency is an important part of the story. You get a practical, roomy interior for yourself and passengers, 315 horsepower, and an EPA-estimated 22/28 MPG (city/highway)3 to extend your spirited driving sessions longer than most of the competition.

1This information is not verified by the official manufacturer and shall serve solely as unofficial general information. For details, visit: https://www.motortrend.com/news/2017-honda-civic-type-r-sets-record-nurburgring-wvideo/

2This information is not verified by the official manufacturer and shall serve solely as unofficial general information. For details, visit: https://www.roadandtrack.com/new-cars/a30317335/2020-toyota-supra-nurburgring-lap-time/

322 city/28 highway/24 combined MPG rating. Based on 2023 EPA mileage ratings. Use for comparison purposes only. Your mileage will vary depending on how you drive and maintain your vehicle, driving conditions, and other factors.