The Honda Civic vs. Nissan Altima showdown has begun, and you've got a front-row seat to this title fight. Both are long-standing legends of the value-packed commuter car world, but for 2023, the Honda Civic steps into the ring with daily-driving benefits that'll make the crowd wonder if the Altima even stood a chance.

Sit back and watch the Altima vs. Civic battle play out.

But for Honda Civic vs. Nissan Altima performance, power-to-weight can reveal more; the curb weight of a base-trim Altima S FWD is 3,253 pounds, while the Civic Sedan Sport has a curb weight of 2,935 pounds. The Altima S burdens its 30 extra horses with over 300 extra pounds.

Meanwhile, the Civic EX gets a standard 1.5-liter turbo four-cylinder engine with 180 horsepower, with a curb weight of only 3,004 pounds.

The Altima strikes back with an available 2.0-liter turbo four-cylinder making up to 248 horsepower, increasing its curb weight to 3,479 pounds.

The Civic SI steps into the Nissan Altima vs. Honda Civic battle with something the Altima does not: a six-speed manual transmission.

The Civic SI also makes 200 horsepower from its 1.5-liter turbo four-cylinder engine and has a curb weight of 2,952 pounds.

And to push the Altima aside, the 2023 Honda Civic Type R arrives with 315 horsepower.

But how about roominess? It's as important to driving enjoyment. 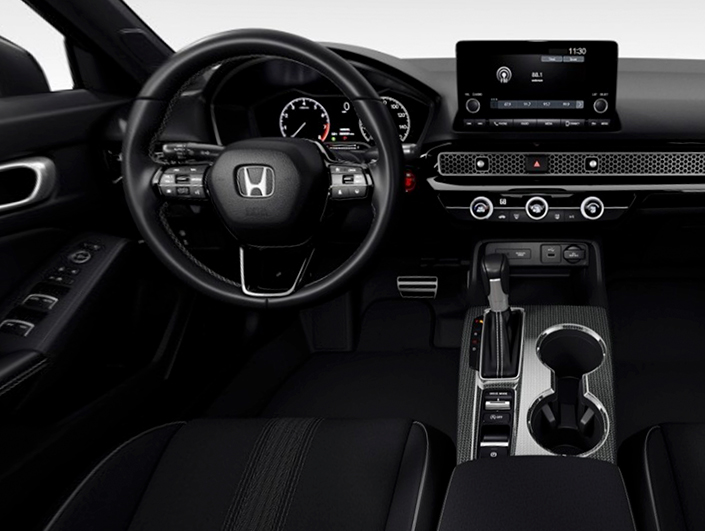 How can a taller, longer sedan offer less overall headroom and rear legroom? We can't entirely say, but we're sure Honda engineers putting your comfort first is one factor. Plus, the Civic Hatchback bumps your cargo room to a whopping 24.5 cubic feet, a feat no Altima can equal.

In its most efficient configuration, the 2023 Nissan Altima S FWD delivers an EPA-estimated 27/39/32 (city/highway/combined).1

Meanwhile, the slight loss when comparing Honda Civic vs. Nissan Altima horsepower fades into victory laps for the Civic.

The Civic EX Sedan exceeds every Altima with an EPA-estimated 33/42/36 (city/highway/combined).2

Or, enjoy the comparable thrills of a Civic SI to get an EPA-estimated 27/37/31 MPG (city/highway/combined);3 regular gasoline is required.

One of the most remarkable things about a new Honda Civic for sale is that the sports-car-shaming Civic Type R delivers an EPA-estimated 22/28/24 MPG (city/highway/combined)4 and requires regular gasoline. 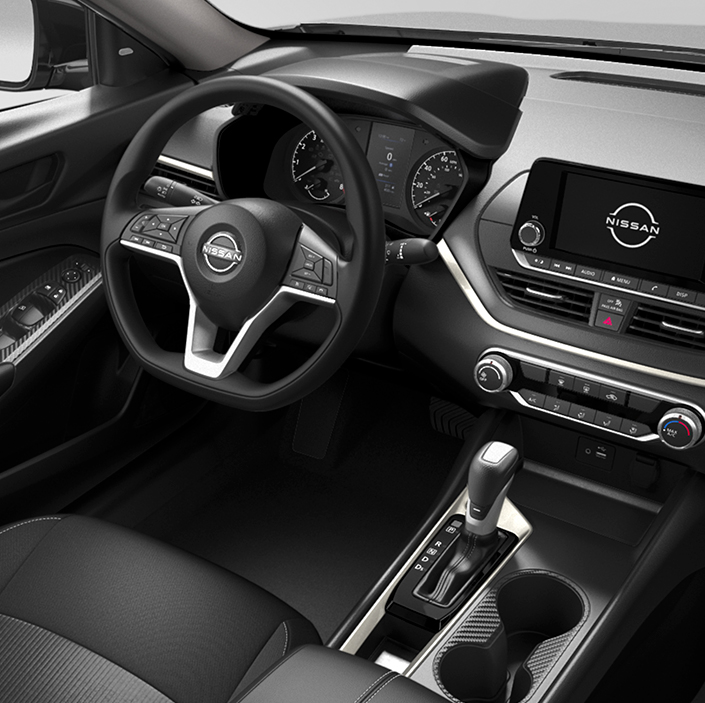 What comes to mind when you think of Honda vehicles? Efficiency and reliability, we bet. We saw how the Civic held the belt for MPG, and Honda Civic vs. Nissan Altima reliability is a similar story. The Civic reveals its powerful reliability to our customers, and third-party ratings show the same.

For example, RepairPal.com ranks the Honda Civic with a rating of 4.5 out of 5.0 for reliability,5 earning it third place in its class.

Meanwhile, RepairPal.com gave the Nissan Altima a reliability rating of 4.0 out of 5.0,6 shoehorning it into eleventh place for its class.

Honda Civic vs. Nissan Altima: Find the Winner With Us

Even more, from standard safety features to tech tricks, the Civic can win again and again. Visit Muller Honda of Highland Park to experience it all with a test drive and pit Honda sedan against Honda sedan with our Honda Accord vs. Honda Civic comparison.

Which is faster, the Nissan Altima or Honda Civic?

The 2023 Nissan Altima tops out at 248 horsepower, while the 2023 Honda Civic lineup rises to 315 horsepower, providing some superior kick under the hood. Even if you’re comparing the 188-horsepower Altima S to the 180-horsepower Civic EX, you'll notice Honda Civic vs. Nissan Altima curb weights show that every Altima has much more weight to move.

Is the Nissan Altima or Honda Civic bigger?

The Nissan Altima measures 9.6 inches longer, an inch taller, and two inches wider than a Honda Civic sedan. But quite impressively – thanks to Honda engineers working their well-known magic – the more agile Civic offers more headroom and rear legroom than an Altima does, and it can also offer you more cargo room in its hatchback form.

Overall reliability can be revealed by comparing each manufacturer's iconic model. Looking at Honda Civic vs. Nissan Altima dependability shows that Honda cars lead the way. Specifically, RepairPal.com gave the Civic a reliability rating of 4.5 out of 5.05 and ranked the Altima 4.0 out of 5.0 for reliability.6

327 city/37 highway/31 combined mpg rating. Based on 2023 EPA mileage ratings. Use for comparison purposes only. Your mileage will vary depending on how you drive and maintain your vehicle, driving conditions, and other factors.

422 city/28 highway/24 combined mpg rating. Based on 2023 EPA mileage ratings. Use for comparison purposes only. Your mileage will vary depending on how you drive and maintain your vehicle, driving conditions, and other factors.

5Reference to this third-party claim is solely for informational purposes and not to be relied upon. For details regarding this rating, visit: https://repairpal.com/reliability/honda/civic

6Reference to this third-party claim is solely for informational purposes and not to be relied upon. For details regarding this rating, visit: https://repairpal.com/reliability/nissan/altima